As a young Specialist, I had the honor of serving at Fort Hood in 1993-1994 in the “reconstituted” 2AD. I arrived at Fort Polk, LA from Germany in Oct 1992 to a FORSCOM combat engineer battalion. Shortly after arriving, we were told that the Army was reactivating 2AD post-First Gulf War, and we were being assigned to it. The day that we put the 2AD patch on was a proud day indeed. I believed then and now that serving in the only division in the Army’s history to wear it’s organizational insignia on the chest instead of the shoulder made us unique. It was a sad day when 2AD deactivated. I will always consider it an honor to have worn the patch of 1,2, and 3ADs during my career.  I was a track vehicle mechanic (63Y) with HHC, 588th Engineer Bn. I spent a lot of time turning wrenches in the motor pool (at the base of the water tower that was originally red and white and was painted tan and had the 2AD patch put on it). 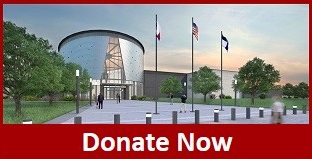