Home / Board of Directors 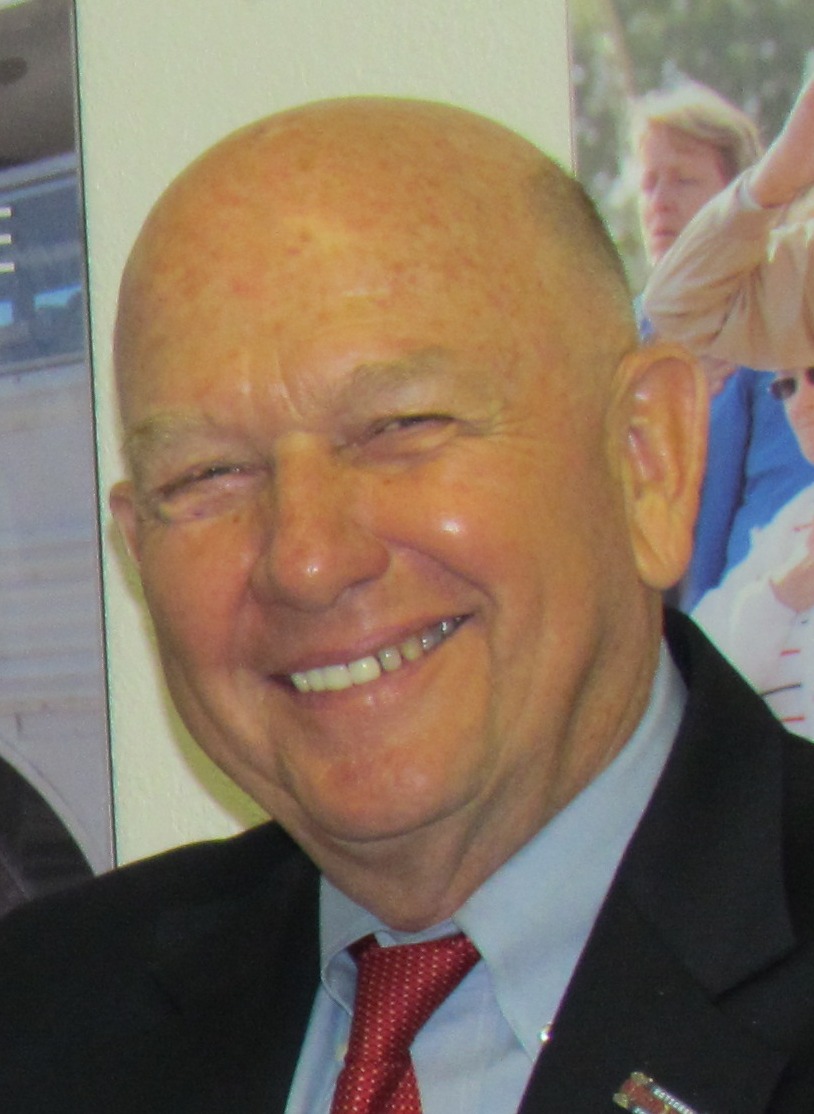 Lieutenant General Funk has held every significant leadership position in the Army from Platoon Leader through Commander of the III Armored Corps and Fort Hood, Texas.  A highly-decorated combat veteran with extensive service in both Vietnam and in Iraq during Operations Desert Shield/Desert Storm, Lieutenant General Funk is also a well-recognized educator, holding a Doctorate in Education from Montana State University.  Lieutenant General Funk now serves as the President and Chief Executive Officer of the National Mounted Warfare Foundation.

Mr. William P. Kliewer is a native of Weatherford, Oklahoma, and a 1972 graduate of the University of Oklahoma, from which he received a Bachelor’s Degree in Economics and a Commission in the US Army Transportation Corps.  Mr. Kliewer served in the US Army from 1972 to 1977, then settled in Killeen, Texas, and developed highly successful business interests in both the insurance and automobile industries.   Mr. Kliewer’s significant public service includes service as Chairman of the Board of the Greater Killeen Chamber of Commerce, President of the Central Texas Chapter of the Association of the United States Army, President of the Killeen Industrial Foundation, Secretary of the Killeen Independent School System Board of Trustees, and a variety of leadership positions in other volunteer and philanthropic organizations.  Mr. Kliewer is the Chairman of the Board of the National Mounted Warfare Foundation.

Mr. Jose Segarra is currently serving in his second term as Mayor of the City of Killeen. He is an Army Veteran who served over 10 years in uniform. Upon completion of his military service, Mr. Segarra settled in Central Texas and studied the real estate industry. In 2005 he opened Exit Homevets Reality. Mr. Segarra is extremely active in the community and his many associations and philanthropic efforts include service as the President of the Fort Hood Area Association of Realtors, as well as service as Regional Vice President of the Executive Board of the Texas Association of Realtors. He is also a Certified Residential Specialist (CRS), Graduate of the Real Estate Institute (GRI), and Certified Internet Professional (e-Pro). He is a member of the Killeen and Harker Heights Chambers of Commerce, and serves as on the Executive Board for the Greater Killeen Chamber of Commerce as the Treasurer. He is also a member of the Killeen Heights Rotary Club, the Lonestar Toastmaster Club and the National Association of Hispanic Real Estate Professionals (NAREP). Mr. Segarra serves as Vice Chairman of the Board of the National Mounted Warfare Foundation Board of Directors.

Colonel (Retired) Otis Evans has served at all levels in Army healthcare management and culminated his career as Director of the Walter Reed Regional Healthcare System.  In addition to extensive professional military training, he holds a B.S. degree in Education from Prairie View A&M University, Prairie View, Texas and a M.A. degree in Management and Public Administration from Webster University, Saint Louis, Missouri. Since moving to Killeen in 1994, Otis has served three years on the Killeen City Council and six years on the Central Texas Council of Governments.  He is active in charities and other philanthropic efforts in the greater Central Texas community.  Colonel Evans serves as Secretary on the National Mounted Warfare Foundation Board of Directors.

Dr. Jimmie Don Aycock is a native of Bell County and Central Texas.  A 1970 graduate of the Texas A&M School of Veterinary Medicine and served in the US Army, earning an Army Commendation Medal for his service.  During the period 1972 to 1998, Dr. Aycock owned and operated successful veterinary clinics in Killeen, Harker Heights, and Copperas Cove, Texas.  Dr. Aycock held several publicly elected positions before becoming a Texas State Representative.  He has served on the Central Texas College Board of Trustees, Killeen Independent School District Board of Trustees, and served as president of both the Comanche Hills Utility District and the Bell County Water Control and Improvement District #3.  He has held many past service positions including positions with the Greater Killeen Chamber of Commerce and the Texas Veterinary Medical Association.  He was also president of the Harker Heights Chamber of Commerce.  In 2006 Dr. Aycock was elected to serve in the Texas Legislature, representing House District 54 which includes western Bell, Lampasas, and Burnet counties.  As a member of the Texas House of Representatives, Representative Aycock serves on the Appropriations Committee, the Appropriations Subcommittee on Education, the Public Education Committee, and Redistricting Committee. Representative Aycock was appointed by the former Speaker of the House to the National Conference of State Legislatures Committee on Agriculture, Environment, & Energy, and was recently appointed to the Select Committee on Public School Finance by House Speaker Joe Straus.  He is also a member of the Texas Legislative Tourism Caucus, the Rural Caucus, and the Energy Council.  Dr. Aycock serves as a Director on the National Mounted Warfare Foundation Board of Directors. 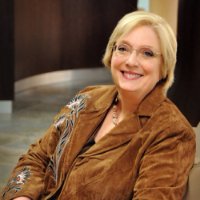 Ms. Beck helped her Dad, Bernie Beck, open the first bank on Fort Hood in 1966. She joined Union State Bank in 1996, as CIO, and now holds the Vice Chairmanship of the Board and President/CEO. The mottos of her community independent bank is, “Where People Make the Difference” and “Our Family Bank is Your Family Bank." Ms. Beck’s previous background was in small business startups and operations as well as children's advocacy. She has owned and run businesses ranging from an Advertising Agency, low power TV stations, early Computer Tech development, art gallery, to a variety of Communications businesses. She was in strategic planning, consultant management, management information systems development (MIS), Federal and State regulatory development and implementation, Texas Legislative Liaison for State and Federal DHR Budgets, and contract negotiation for the State. Also, she has served as a lobbyist for the Developmentally Disabled with an independent Federal agency. Ms. Beck is active with Texas Banking organizations like TBA and IBAT at the both state and national levels. She is also very involved in many community activities and Boards, including C5 Texas Youth Foundation for at risk teens. She profoundly believes in service to soldiers and their families; and to that end, participates in organizations like AUSA to sustain Fort Hood’s standing as a key American Army base; helping to ensure the levels of funding to maintain that elite standing. Ms. Beck serves as a Director on the National Mounted Warfare Foundation Board of Directors.

Ms. Connell is a leading Central Texas business person and civic leader.  She has extensive experience in State and National governmental affairs.  She is a graduate of the University of Texas at Austin, and has held influential positions at both the State and Federal government levels.  Her extensive resume’ of civic and philanthropic efforts include the Vive les Arts Advisory Board, the Killeen Economic Development Corporation, Copperas Cove Hospital Authority, Heart of Texas Defense Alliance, Greater Killeen Chamber of Commerce, President of the Peaceable Kingdom Retreat, Bell County Museum, Central Texas College Foundation, Friends of West Point, Operation Wildflower, Killeen Centennial Commission, and others.  Ms. Connell serves as a Director on the National Mounted Warfare Foundation Board of Directors.

Scott Cosper is serving his first term representing District 54 in the Texas House of Representatives, which includes Bell and Lampasas counties. He previously served as mayor and a city councilman in Killeen for more than a decade, and serves on boards for Baylor/Scott & White McLane Children’s Hospital and Texas A&M University Central Texas. Representative Cosper serves as a Director on the National Mounted Warfare Foundation Board of Directors.

Mr. Emilio A. Perales is a retired Army Veteran who served over 21 years in uniform (1986-2008). During his time of service he witnessed the Berlin Wall being removed while stationed in West Germany. He served in Operation Desert Shield, Desert Storm and Operation Iraqi Freedom 4 and 6. Upon completion of his military service, Mr. Perales had already settled in Central Texas and was very active in the real estate industry. In 2001 he became a Licensed Agent in the State of Texas, by 2005 he became a Licensed Broker. He is the owner of Vista Real Estate and 3 Nex-Gen Development LLC.  Mr. Perales is active in the Central Texas community and his many associations and philanthropic efforts include service as the MLS Chairman of the Temple Belton Board of Realtors, Director in the Fort Hood Area Association of Realtors, as well as serving on the MLS/Technology Committee for the Texas Association of Realtors. Mr. Perales was the Treasurer for 3 years in the Rotary Club of Killeen Heights. Mr. Perales is a member of AUSA, Killeen Chamber of Commerce, Belton Chamber of Commerce, Temple Chamber of Commerce, and 13th COSCOM Association as well as participating in a variety of fund raising efforts for the community and Fort Hood.  Mr. Perales serves as a Director on the National Mounted Warfare Foundation Board of Directors.

Johnny Wade, a native of Lampasas, Texas, started in construction at Ft. Hood, Texas in 1972. Eventually he left to further pursue his career in construction. After working for others, Johnny eventually started Wade Steel Construction, a Class A general contracting company exclusively providing structural steel construction. With the primary focus on building on military installations, the access fostered further respect for the military. After building all over California for the military, Johnny decided to give up construction and avocado farming to move back to his home and become the third generation of his family to ranch and farm in Lampasas. In addition to ranching/farming, Johnny rehabbed many buildings in Lampasas and eventually purchased Lampasas Hardware, opened Mesquite Creek special events facility, AA Mini Storage, Nocked & Loaded Lampasas, and Nocked & Loaded Killeen. Johnny has previously served as a Lampasas Chamber of Commerce board member, is currently a member of Harker Heights Rotary, Harker Heights Chamber of Commerce and a board member of the National Mounted Warfare Foundation.

Ex-Officio Board of Directors

"Military "Ex-officio" members of the Board of Directors serve as a military liaison in accordance with DoD 5500.07-R, The Joint Ethics Regulation (JER), para 3-200 et. seq., in that they represent only DoD interests to the Foundation in an advisory capacity, and do not vote or involve themselves in matters of management or control of the Foundation. Official endorsement of the Foundation is neither stated nor implied by the participation of these military ex-officio personnel in any way."

Lieutenant General Pat White serves as the 61st Commanding General of the III Armored Corps and Fort Hood, Texas, commanding four combat divisions, a sustainment command, a cavalry regiment, a fires brigade, and multiple enabler units comprised of almost 90,000 Soldiers on five military posts across five states. Lt. Gen. White received his commission as an Armor Officer and was distinguished military graduate from Claremont McKenna College in 1986. He served in a variety of Army and Joint/Combined command and staff positions while stationed in the United States, Europe, the Middle East and South Asia. These include combat tours in support of Operations Iraqi Freedom, Enduring Freedom, and Inherent Resolve. In July 2017, as the Commanding General of the 1st Armored Division and Fort Bliss, Texas, he deployed to Baghdad, Iraq and assumed duties as the Commanding General, Combined Joint Forces Land Component Command – Operation Inherent Resolve during the final defeat of ISIS in Iraq. He most recently served as the Director of Operations, J-3, U.S. European Command. Lieutenant General White serves as an Ex Officio Director on the National Mounted Warfare Foundation Board of Directors.

Major General Paul T. Calvert hails from Athens, GA and earned his commission as a Second Lieutenant of Armor on December 06, 1987. His initial assignment was with 3d Squadron, 2d Armored Cavalry Regiment from 1988 to 1991 as a Tank Platoon Leader, Scout Platoon Leader and Troop Executive Office in Amberg, Germany with duty in support of Operation Desert Shield/Storm in Iraq. MG Calvert most recently served as the Deputy Commanding General of Maneuver for 1st Cavalry Division at Fort Hood, Texas. In this position, he deployed in support of Operation Freedom Sentinel where he served as the Commanding General of Train, Advise, and Assist Command RC East in Laghman Province, Afghanistan. Major General Calvert serves as an Ex Officio Director on the National Mounted Warfare Foundation Board of Directors. 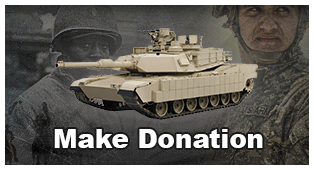